It’s everyone’s goal to get to the top of the search engine heap to maximize your exposure on the web. 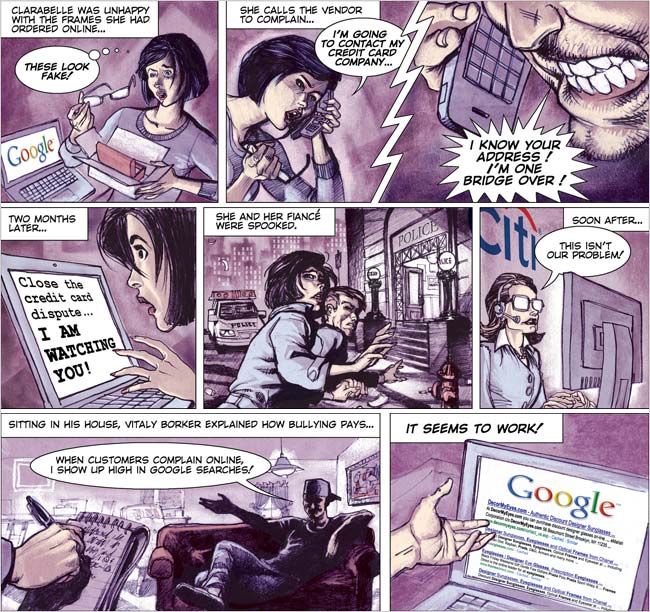 There are many factors that come into play to get to the front of the line… now you will need one more criteria: your online reputation.

Earlier this month, Google announced that the company’s search algorithm includes bad publicity as a negative effect on a website’s search ranking.

“Being bad is, and hopefully will always be, bad for business in Google’s search results,” said Google Fellow Amit Singhal.

Google was dismayed by the news that companies could actually improve their search ranking with bad customer service practices.

The story came to light of one woman’s horrible experience with an eye glass company that blatantly used bad customer service and was rewarded in search ranking. Presumably this came about because their name (and link) was posted all over complaint boards.

Listen to what the business owner brazenly said to the New York Times:

“I’ve exploited this opportunity because it works. No matter where they post their negative comments, it helps my return on investment. So I decided, why not use that negativity to my advantage?”

Not anymore. Google says that they have addressed the issue and have corrected their algorithm in such a way that bad press actually penalizes companies like these.

“In the last few days we developed an algorithmic solution which detects the merchant from the Times article along with hundreds of other merchants that, in our opinion, provide an extremely poor user experience,” says Singhal. “The algorithm we incorporated into our search rankings represents an initial solution to this issue, and Google users are now getting a better experience as a result.”

The moral of the story? Good prevails? Maybe. But to me it’s more like, don’t get on Google’s bad side.

For more on the shocking story, check out the New York Times article.