And How it Affects Your Business

Whether you’re an SEO, in charge of marketing for a large company or a small business owner it’s very possible you’ve been pooped on by a pigeon lately. Not the physical gray birds that flock around bread crumbs on the ground, but the Google algorithm update dubbed “Pigeon”. 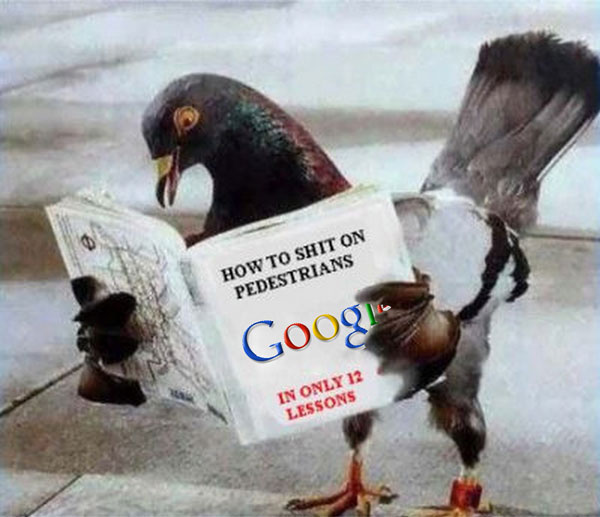 What is the Google Pigeon update?

Pigeon’s arrival on July, 24th prompted shaky knees in both the SEO and local business communities. However, the results so far have been mixed, offering up both positive and negative shifts in local rankings in the short time the update has been live.

Reading between the lines.

Pigeon is a major update for local. There is no doubt about that. Previously Google had two separate algorithms. One for it’s local results and one for organic results and they’ve basically merged the two. In the long run this will most likely be a very good thing. In the short term there will be a lot of continued adjustments while Google “get’s it right”. This will obviously cause stock in Rogaine to soar as business owners and marketers pull their hair out dealing with daily changes from Google.

Reviewing our clients, the vast majority (around 86%) are mostly the same or up when it comes to their traffic and ranking so it’s not that the update is bad per se. It’s just different. People don’t like change, especially people who’ve put a lot of effort into making sure they are following best practices and doing what Google wants to see.

Having the two algorithms merged allows Google to tie in the additional functionality of it’s organic algo like Knowledge Graph, spelling correction, better handling of synonyms and more. The new algorithm also improves Google’s distance and location ranking parameters which is most likely the culprit for many people seeing major changes.

When the Google Pigeon update first released there were a number of changes and anomalies that have since disappeared or at least settled down. Google hasn’t been showing local pack results for web design & seo companies for quite some time, but they were for the first couple days after this new update. I’m thinking somebody just forgot to put that in place in this new algorithm update as it disappeared a few days later (at least in all of the searches I’ve tested). Update: As of 8/28 local listings are showing up for Web Design & SEO related terms.

Another change I observed was that a larger percentage of desktop search queries were displaying businesses with addresses outside the city of search (in large cities) in the local pack.This too went the way of the dodo bird rather quickly and has since normalized. You will still see some results that are outside the city of search, but generally this is based on your location, the availability of results in that city and whether the search would make sense to show a wider net (i.e. A Fishing Guide might have a bigger net than a laundromat. Pun wasn’t intended, but I’ll take it.).

Have the quality of search results declined with the Google “Pigeon” update?

This “Pigeon” update has definitely opened up a lot of spamming opportunities which many are putting on their black hat and jumping in to take advantage of. In my opinion, and many others, this update has lessened the quality of the search results in many instances. Hopefully Google is seeing the same thing and is taking steps to improve the results. Right now the waters are extremely choppy and things are changing from day to day. You may see a completely different set of results for a search query even on the same day.

The Local Pack was Hit, but not as bad as what was first reported.

Initially there were a lot of reports that the frequency of local packs showing up in search results had dropped by as much as 60%. The above chart from Mozcast shows a little over a 60% drop in the Local Pack showing up for queries after the Pigeon update. It turns out that the drop wasn’t as significant as first reported, but was an error due to the way information was being collected. Basically Google made such a significant change that the data was no longer coming through as accurate. According to Dr. Pete they found a new way of extrapolating the data and it is now accurate.

This new data still shows a drop of 23.4% which is still a significant drop, but not the ground shaking 60 percent that was initially reported.

So, what should you do?

First, make sure you talk to a professional. Too many people freak out when Google makes an update like this and they end up taking a number of actions that actually makes things worse.

If you’ve improved or stayed the same after this recent update that is great, but you will still want to monitor everything closely to see how it shakes out as obviously things can change at anytime.

If your business has lost rankings and/or traffic in the last two weeks there is a good chance that there is a pigeon with it’s beady little eyes staring at you through your window right now. 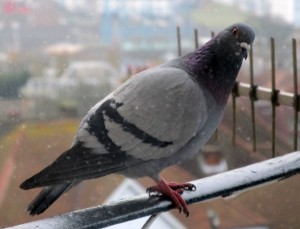 There is really so much that we still don’t know yet about the Pigeon update. My guess is that Google is still working out some of the details as well and we will continue to see changes. The best course of action is to review your entire site and presence online for SEO best practices as well as user experience factors.

“There is really no way to “optimize” for this algo because the results are random and make no sense and again it’s changing almost daily.” ~ Linda Buquet

While the local pack suffered, you may have noticed a jump in Yelp, YP, and other directory rankings. Pigeon was designed to fine-tune traditional web search ranking signals, which means that domain authority, backlinks, and many other core SEO rankings factors will play more of a role in determining what sites rise above the rest.

While many local listing packs took a hit, the local carousel continues to show up consistently and can help you gain exposure for local keywords if you’re in an industry whose keywords prompt it to be displayed (Restaurants, Hotels, Coffee Shops, etc.). The visual power and placement of these listings makes them effective, although they only account for 1% of keyword queries, so you’ll want to optimize your Google + page, from which Google draws its Carousel listing information.
Google pulls data from your Google + images and reviews, so be sure all of your pictures are high-quality and representative of your brand. Encourage customers to write and share glowing reviews of your services.

If you work in the real estate industry, you’ve probably noticed big changes as a result of Pigeon. Real estate professionals and agencies have all but disappeared from the local pack.

Updates like Pigeon can make a huge difference in not just where and how you show up in the rankings, but the overall quality of search listings as whole. Though it hurts at times, the goal of Google’s updates are to improve web experience for all users. Occasionally in their testing they realize that they are worsening the results and make a course correction. I think we’ve seen a lot of that here and will continue to over the coming weeks.
Pigeon is not the first update to rock local rankings, and it likely won’t be the last. The majority of our clients have actually stayed the same or improved slightly, so it’s not all bad. Take these changes as a reminder to amp up your online presence, clean up your NAP and focus on creating customers that sing your praises. If you continue to do that you’ll surely survive the sometimes choppy waters that are Google.

Other Pigeon Related Resources:
Picking Through Google’s Pigeon Droppings
Google Pigeon Collateral Damage & What You Can Do About it
Pigeon – An Anecdotal Impact Report
Experts Weigh In On Google’s “Pigeon” Update Aimed At Improving Local Search Results