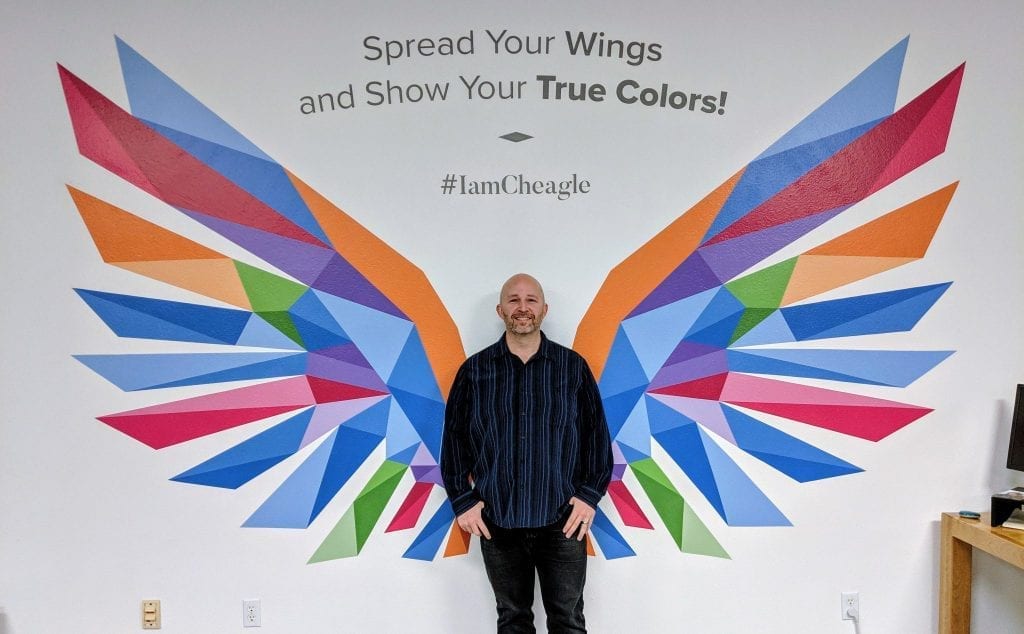 It’s early 2009, the economy is smoldering from the worst financial crisis since the great depression. The unemployment rate is pushing close to 10%! That’s when I had the genius idea of leaving my job with a secure salary and benefits to start my own business.

It takes a special kind of crazy (I mean passion) to be an entrepreneur. Looking back on it now, it even sounds crazy to me. It’s not like it was just me either. I had a wife, two kids, a mortgage and plenty of other bills. So, what on earth was I thinking?

Most people would consider me extremely lucky to have a well-paying job during an economic downturn. But, I was going to work miserable every day and it was eating away at me. I was making more money than any other time in my life, but that didn’t matter to me. The company I worked for had a toxic culture with a sole focus on hitting revenue numbers at the customer’s expense.. They were great at making promises, just not as good as delivering on them. I’m a person of my word and I couldn’t in good conscience continue working for them.

It wasn’t just this company, either. I noticed many of the local “Marketing” companies focused on developing a good salesforce and the actual marketing work that really mattered for these businesses was an afterthought.

I decided I would rather make half as much and do something I loved while making a positive impact. So, I left a secure salary and benefits to start my own business with no salary and no benefits in the worst economy in my lifetime. Just saying that now seems downright crazy. It’s no wonder many people told me I was crazy and that I was being irresponsible. I felt compelled to do it though.

This is what lead me to start Webfor, a creative and digital marketing agency in 2009. The company was based on a concept I called the 3 R’s: Relationships, Results, and Return on Investment. I knew if I could deliver in these three areas for my clients, both they and I would be extremely successful.

Everything we’ve ever done as a company has been focused on these three core areas. When we first started, I was the designer, developer, search engine optimization specialist, salesperson, billing, customer service, and account manager. Luckily, my amazing wife handled the bookkeeping and billing.

A company is only as good as their people and we want to be exceptional, so over the years, we’ve hired amazingly talented people. We’ve won numerous awards and have become one of the leading website design and digital marketing agencies in the Pacific Northwest.

So why did I title this, “How a Complete Failure Built a Million Dollar Company”? Besides grabbing your attention, it’s because 14 years ago I felt like a complete failure.

At that time, I had recently separated with the mother of my daughter. I was taking care of her as well as trying to pay for the mortgage and bills by myself. I was just winding down a company where I put on Ultimate Fighting type events with Randy Couture and Matt Lindland. It was a ton of fun and a great challenge, but it wasn’t covering the bills.

It’s almost Christmas time and I have no income, my savings were depleted, and I knew I wasn’t going to make the next mortgage payment. I didn’t have money to buy my daughter presents. I felt like a complete failure. As men, we’re conditioned to believe our greatest role is to be a good provider and I felt like anything but.

It’s Not About the Cheese!

I remember one night I was looking for food for the two of us. I looked in our cabinets and saw a solitary box of macaroni and cheese. There was some milk and a really old jar of mayo in the fridge. I broke down crying at how much of a failure I was as a father, as a person, and as a man.

I pulled myself together and I asked my daughter what she wanted for dinner. Because you’re supposed to give kids two choices I said, “Do you want Macaroni and cheese or just macaroni?” I was thinking she was going to want something else that I couldn’t get her but she replied, “Just macaroni.”

To you, this may have seemed cute or really non-eventful. But to me, it was life-changing. I took this as a divine sign: IT WASN’T ABOUT THE CHEESE!

For those not aware of this slang, Cheese or Cheddar was sometimes used at that time to reference money. So, I took this as it wasn’t about the money. My daughter was sitting there smiling at me and just content as a little girl could be because she was with her daddy.

This was the beginning of a big turning point in my life. I made massive changes, ended up taking a job at a media company, and just two months later I met Jennifer. Well, I chatted with her through Match.com and then we talked on the phone for 5-6 hours a night straight for 3 weeks until we finally met in person. We got married less than a year later. We had our second child (a boy) and we just recently celebrated our 13th year wedding anniversary. Webfor wouldn’t have ever existed without her support. 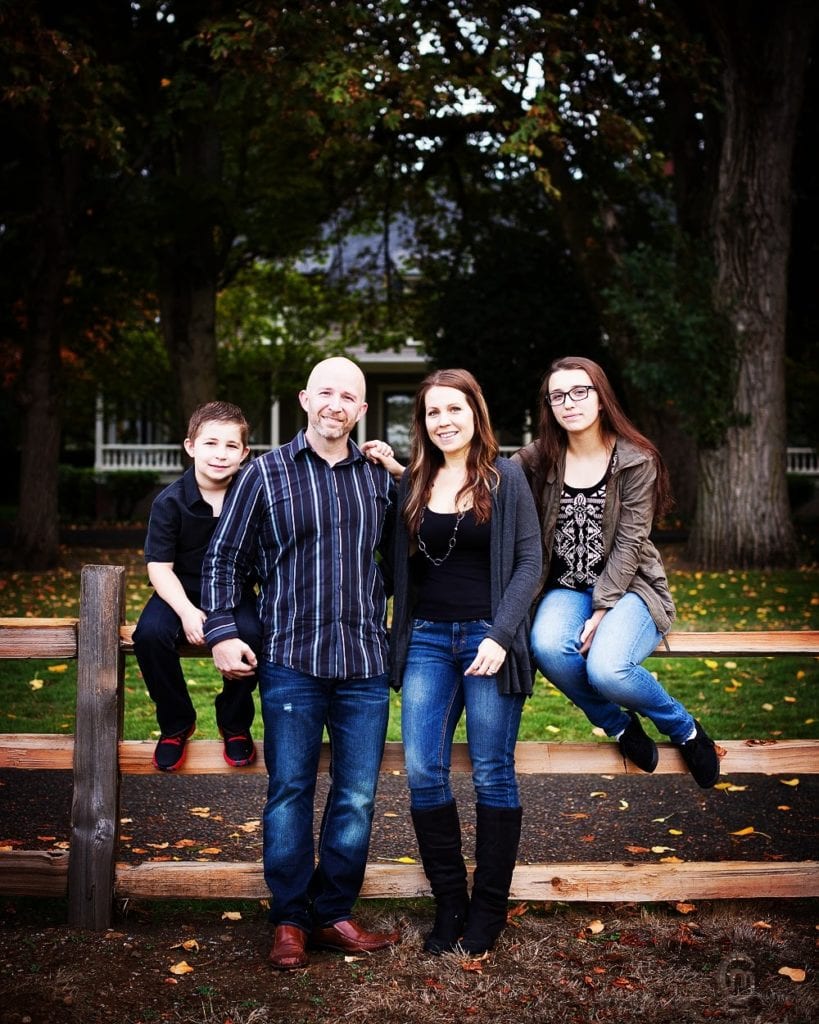 My family made major sacrifices. Many people don’t understand what it takes to start a business and grow it from the ground up. It’s no wonder that 96% of businesses fail in their first 10 years. During that first year, I was making less than half as much as I was previously. But I was happy. I would often work 80 hours a week during the first five years in business, but I was making a positive impact for my clients.

I wouldn’t change anything. I’ve had the pleasure of working with some outstanding clients and team members. This is my fifth year serving on the Board for SEMpdx, one of the first non-profits established to support the digital marketing community. I am also honored to serve on the Board for the Greater Vancouver Chamber of Commerce as the Chair-Elect. I’ve spoken at conferences around the US on digital marketing strategy and tactics to effectively grow business.

Webfor has won the VBJ’s Best in Business Award two years in a row in two different categories (Web Design Companies and Marketing Agencies). We have an amazing team of people and we work with phenomenal clients. We give back to this amazing community that has supported us from the beginning. 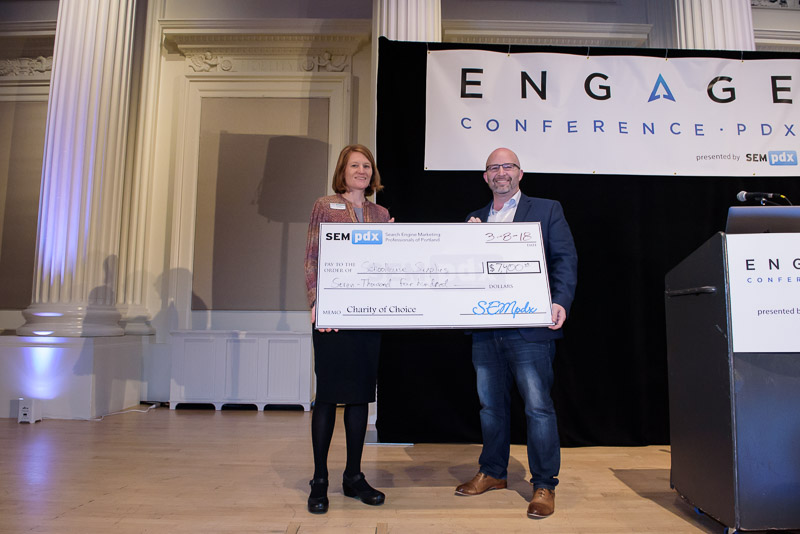 When you look at a diamond do you simply admire the sparkling beauty or do you think about how that diamond was formed under massive amounts of pressure? How it was unearthed from the dirt and polished to make it what it is today?

People and companies are no different. Think of a person you respect and I can guarantee you that they’ve gone through some shit. Think of a business you admire and I’ll show you lots of late nights and low points. They’ve been hit hard and got back up – they have overcome obstacles that many of us view as insurmountable.

The Future is Bright

We’ve definitely had our challenges over the years, but once you realize your own worth and that no matter what obstacles arise you’ll continue moving forward it gives you a confidence and a calm that few have.

We couldn’t be more excited for what the future holds! This journey has been amazing and it is only just getting started. We’re celebrating our 10 year anniversary soon (we hope you’ll join us) and we have big plans to provide even more value to our amazing customers as well as our team and the community.

As a team we’ve set some big goals, including raising $100,000 dollars for at-risk youth. Our plan is to achieve this in the next 10 years. We’re donating $100 for every new client we bring on and we’ve already donated over $5,000 dollars.

We want to have an even bigger impact for businesses and the community and we need your help to do it. Whether you’re a business looking to grow, an expert in digital marketing or web design that wants to join an amazing team or you’re one of the wonderful people in our community we’d love to hear from you! You can comment below, drop by, call or send us a message.